Buy Some Birmingham Music for Christmas! Support Local Artists and Listen with Joy!

What better way to find a unique gift for that hard to please friend or family member than to take advantage of some of these holiday specials.

Musicians: Just enter the hashtag #BhamMusic4Xmas in a Tweet to sell your Christmas music or just your music for Christmas (I will share what I find also). Or you can email me your content and links to: BhamPress@aol.com (yes I and AOL are still around)

This list will be available throughout the holidays and is completely self serve.

In support of their Bloodshot Records debut album,

BANDITOS
are performing at: 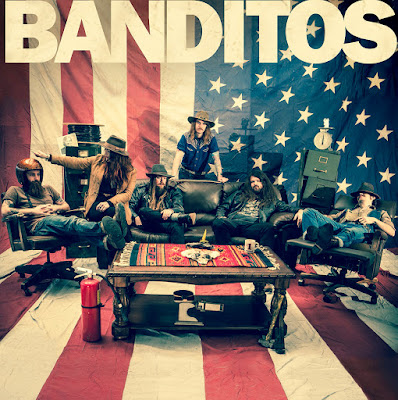 Originally from Birmingham, AL, Banditos is a group - more like a gang, actually - of six 20-somethings, nowadays operating out of Nashville, close to, and simultaneously very far away from, the gleaming towers and industry hustle of Lower Broad and Music Row.

The members of the band first met playing in various punk and rock ‘n’ roll projects around Birmingham at D.I.Y., all-ages venues. In 2010, singer/guitarist Corey Parsons and singer/banjo player Stephen Pierce began busking around town and were soon asked to perform at their favorite local bar. Without a full band they invited friends Randy Wade (drums), Jeffrey Salter (guitar), and Mary Beth Richardson (vocals) to join them.

Consequence of Sound launched the tune “Still Sober (After All These Beers)” and you can listen here: https://soundcloud.com/bshq/still-sober-after-all-these

NPR Music also premiered the song “Cry Baby Cry” saying, “Three vocalists, a wicked guitarist who also plays pedal steel, a banjo, an upright bass and a hot-footed drummer guarantee that every song they play is stuffed with crazy rhythms and melodic energy... The group came up in rowdy bars, and it shows. It plays to fill the room and turn it on.”

Posted by Unknown at 2:17 PM No comments:

This is simply a place to share and find holiday events in and around Birmingham. Enjoy and be careful.