Justin Townes Earle recently released his fourth full-length studio album, Nothing’s Gonna Change the Way You Feel About Me Now, to favorable review (see below). Produced by Earle alongside longtime collaborator Skylar Wilson, the 10-track album was recorded completely live with no overdubs over a 4-day period at an old converted church recording studio in Asheville, NC. Of the new record, Earle comments, “I think that it’s the job of the artist to be in transition and constantly learn more. The new record is completely different than my last one, Harlem River Blues. This time I’ve gone in a Memphis-soul direction.”
Posted by Unknown at 2:53 PM No comments:

“Viva has a beautiful voice, solid songwriting chops, and she f*cking shreds the guitar... she and her band are getting down and dirty”- Baltimore City Paper


VIVA released Rhinestones And Rust this month and is on the road through the Fall surrounding the release.  The video for "A Thousand Horses" premiered at No Depression and features BMX trickster Tory King, a park carousel and the band performing the 6/8 shuffle in a half pipe in Queens. Mia over at AfterEllen picked up the clip as well.

VIVA will be at THE NICK in BIRMINGHAM this SUNDAY, NOVEMBER 11th.

The Aquarian calls VIVA, "The love child of Joan Jett and Little Richard."  Burlington Free Press anoints her a “guitar wizard" and Scott Bernstein of Glide Magazine’s Hidden Track dubs her, “One of the more inventive guitarists on the scene.”  Vintage Guitar sums, "Viva DeConcini proves she's a force to be reckoned with if rock and roll is to survive and grow."


**Please reach out of you'd like an advance copy of Rhinestones and Rust,
to speak to VIVA or to cover the performance**

VIVA has played everywhere from Bonnaroo with Cyro Baptista to Monterey Jazz Fest with Peter Apfelbaum. She has produced sell out music, burlesque and variety shows at The Slipper Room and Joe's Pub, and is one of the few females to have been featured in Guitar Player Magazine (2009). In 2011 she made her NYC theatrical debut as the musician in Taylor Mac's play WAAFME, which the NY Times hailed as one of 2011's ten best. She will also be performing with him throughout this next year as part of his 24 hour-long concert of imperfection.
Posted by Unknown at 9:30 PM No comments:

Singer-songwriter Pegi Young released her third album, Bracing For Impact (Vapor Records), on November 15, 2011.  She was once again accompanied by her acclaimed recording and touring band, The Survivors: legendary keyboard player Spooner Oldham, bassist Rick Rosas, guitarist Kelvin Holly, and drummer Phil Jones. Pegi Young & The Survivors appeared on Conan on November 16, 2011, and were the opening act on the west coast leg of Stephen Stills’ tour last fall.  In addition, they performed on Late Night With Jimmy Fallon on April 4th of this year, and performed at Farm Aid on September 22nd alongside such acts as Willie Nelson, John Mellencamp, Neil Young and Crazy Horse, and Dave Matthews.


https://www.facebook.com/pegiyoung
Posted by Unknown at 7:58 AM No comments:

Lines In the Sky: Nashville's fresh sonic reply to alternative rock with substance and an ambient, progressive flavor. LITS presents a totally unique blend of sound and style, appealing to fans that respond to LITS’s gorgeous soaring vocals, power polyrhythmics, TV/radio/film-friendly songwriting, and inarguable monster chops from 3 young guys barely old enough to get into clubs.

The band features prodigy brothers Jesse Brock, frontman on vocals and guitar, and Bowman Brock, drums and percussion, and their longtime friend Zack Wakefield as the band’s ruthless bassist. Their newest release, "Dig Deeper", out June 2012, is produced by LITS with last-minute assistance by British legend John Eden. Internationally-known producer Eden (UK’s Status Quo, Vinx w/Sting, Tony Banks of Genesis, The Voice’s Karla Davis, et al.) heard the bands' initial demos, fell in love with the music, and the band immediately brought him on board to re-engineer the tracks. Fellow stellar and Grammy-award-winning engineer Richard Dodd (Tom Petty, Dixie Chicks, ELO, Traveling Wilburys) mastered the project, offering genuine praise and support of the young band as it navigates its early path through the industry and to its fanbase.


Lines In the Sky is touring the South, Southeast, and will include a few Northeast dates during summer and fall 2012, promoting the new tracks from “Dig Deeper” as well as bringing new life to their debut release, “The Double Plus Good EP”. The independent band also has under-the-radar heavyweight support from the Nashville music industry, but is doing all the major labor by themselves, including video, merchandise, and tour management . New tour listings are being added at the band’s linesinthesky.com site as well as their Facebook BandPage and local outlets where they are playing.
Posted by Unknown at 7:27 AM No comments: 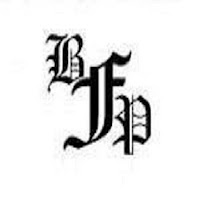 Music fans check this out too! You are the reason!

This is a simple reminder of some of the services we offer.

If you are an area musician and would like to be able to post to this blog send me an email to: Music@birminghamfreepress.com


You may post anything relative to music in our area as long as you guarantee you own the content or represent the artist or party in question. You may post show dates, news releases, video or audio. We ask only that you do not over post (judgement required).

Posting is available to all area musicians or those in the music community. Other authors will be considered on a case by case basis.

We offer many areas of exposure for artists. These are all free for Alabama musicians. See the list below and choose any or all that suit your needs:

We also draw information and content from our many BFP entities to share to other appropriate outlets.

We offer inclusion on our Reverbnation roster for area artists which includes many promotional opportunities not available without a label. We will add you to our label on request.

We also offer playlists on Spotify at: BFP Music (click here to check out our playlists)


Our various Facebook groups and our fan page offer other options for sharing. Go to the tabs on the left to see a full list of what you can use.
Posted by Unknown at 6:20 PM 2 comments:

Hey Birmingham my name's Eric from the band Branded X, we are putting on a show to honor our brave soldiers Nov. 16th at Matthews Bar and Grill. Any military that presents their military ID gets in free. The lineup consists of Chaotic Theory(Guitarist is a veteran), Branded X(Drummer is a veteran), The Hellmand Project(A group of veterans that came together to form this band while be treated for PTSD at VAMC in Tuscaloosa) and The Final Fight.

You can check out the event here http://www.facebook.com/events/123167071170629/ and please share with all your friends and any military you may know. You can also check out all the bands at the links below, please help support us by checking out our music and liking us on facebook for up to date news. Feel free to leave feedback as most of these bands are new on the scene.